According to Ballotpedia, there is currently no opposition to the measure and it would apply to systems installed after January 2019. The proposal's sponsor, Senator Steve Glazer, says the change could save homeowners a couple hundred dollars a year, depending on the type of capture system they install. 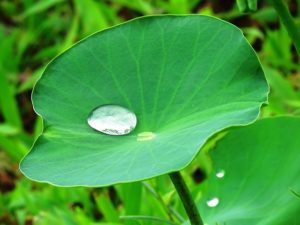 Capturing rain water can be as simple as putting out a few buckets of water and then redistributing the water later or placing a rain barrel under a downspout. More effective systems include tanks and pipes to move and store the collected water from large surfaces, such as your roof. A 1000 sq. ft. roof can collect 600 gallons of water from 1 inch of rainfall. These types of systems often include pumps that distribute the water through your irrigation system (or wherever you plan to use the water) when needed.

If you are interested in installing your own rainwater capture system, give us a call, or if you are the DIY kind of person or just interested in more information, check out this article at morningchores.com for some examples and ideas or learn more about rainwater harvesting and how to do it at CustomMade.com.